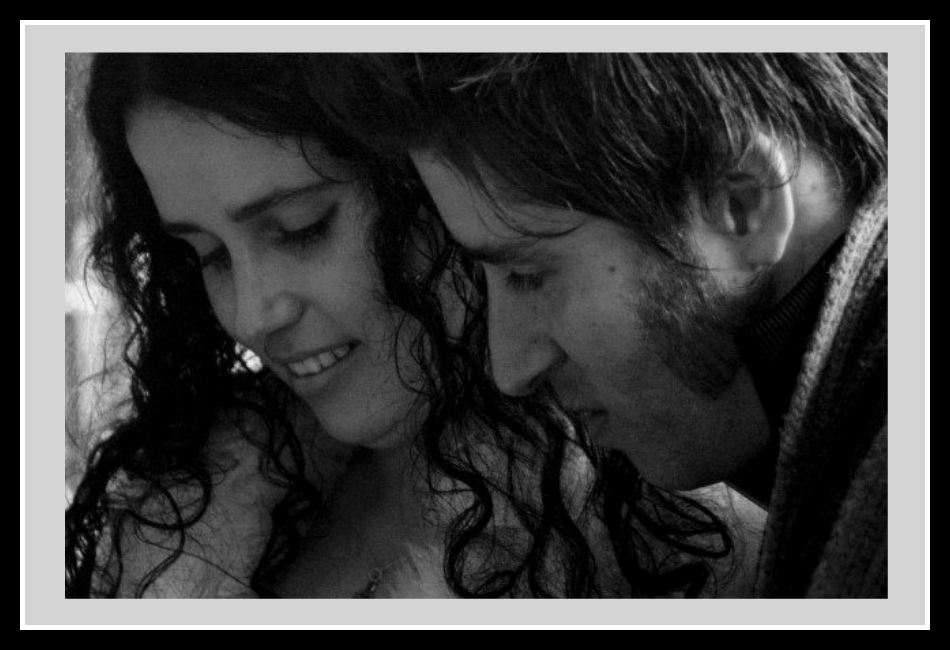 When Jaye and I got married in 2007 we had a minimalist wedding. At the time we weren’t really aware of the ideas of the minimalist movement, it just seemed to make sense for us to do it that way.

At first, to get everyone off our backs, we said that we just wanted to have a very simple wedding, and that we would do it all ‘properly’ at a later stage, sometime when we could more easily afford to do so.

I had just finished studying (in fact my graduation took place the day after we got married, it was quite a big couple of days) and we were about to leave the country to go and teach English in Taiwan, so it didn’t seem like the right time to have a big expensive wedding.

Nevertheless I still felt a bit of a weight of expectation on me, as if having a wedding for all our friends and family would be something expected of me, at some point at least, so I put everyone off by saying that I would surely do it ‘in a year or two’. This minimalist wedding was just ‘for now’.

With everyone thus mollified, my brother who was in the UK at the time with no cash to spare for plane tickets home, was told that he really didn’t need to worry about trying to come, and we booked the date.

At 9am on a freezing June morning we arrived at the Home Affairs office in Paarl outside Cape Town to get married.

Only our immediate family members and partners were in attendance and absolutely no planning had taken place, by anyone.

I was wearing my wedding dress of choice, a black mini dress worn with platform heels and a huge white coat. Jaye was wearing jeans and a jacket, his hair gelled up and his sideburns curving down to his chin.

As we arrived at the wedding office, my sisters rushed in and thrust a bouquet of flowers into my hands.

We then went into the room for our 9:30am wedding ceremony.

We all giggled as we saw the large L O V E sign on the wall. As we waited to start we all joked around and laughed and our personal paparazzi took photos (everyone had a camera, and everyone took lots of happy snaps). 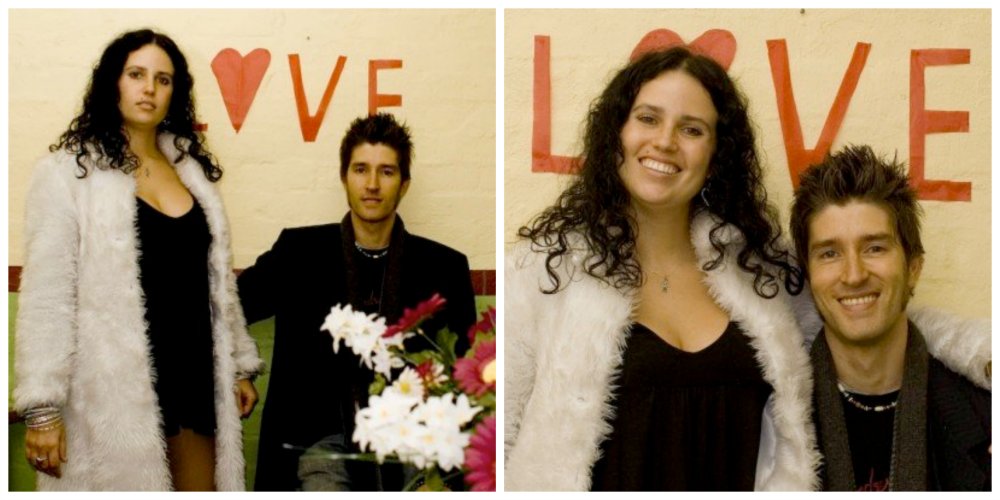 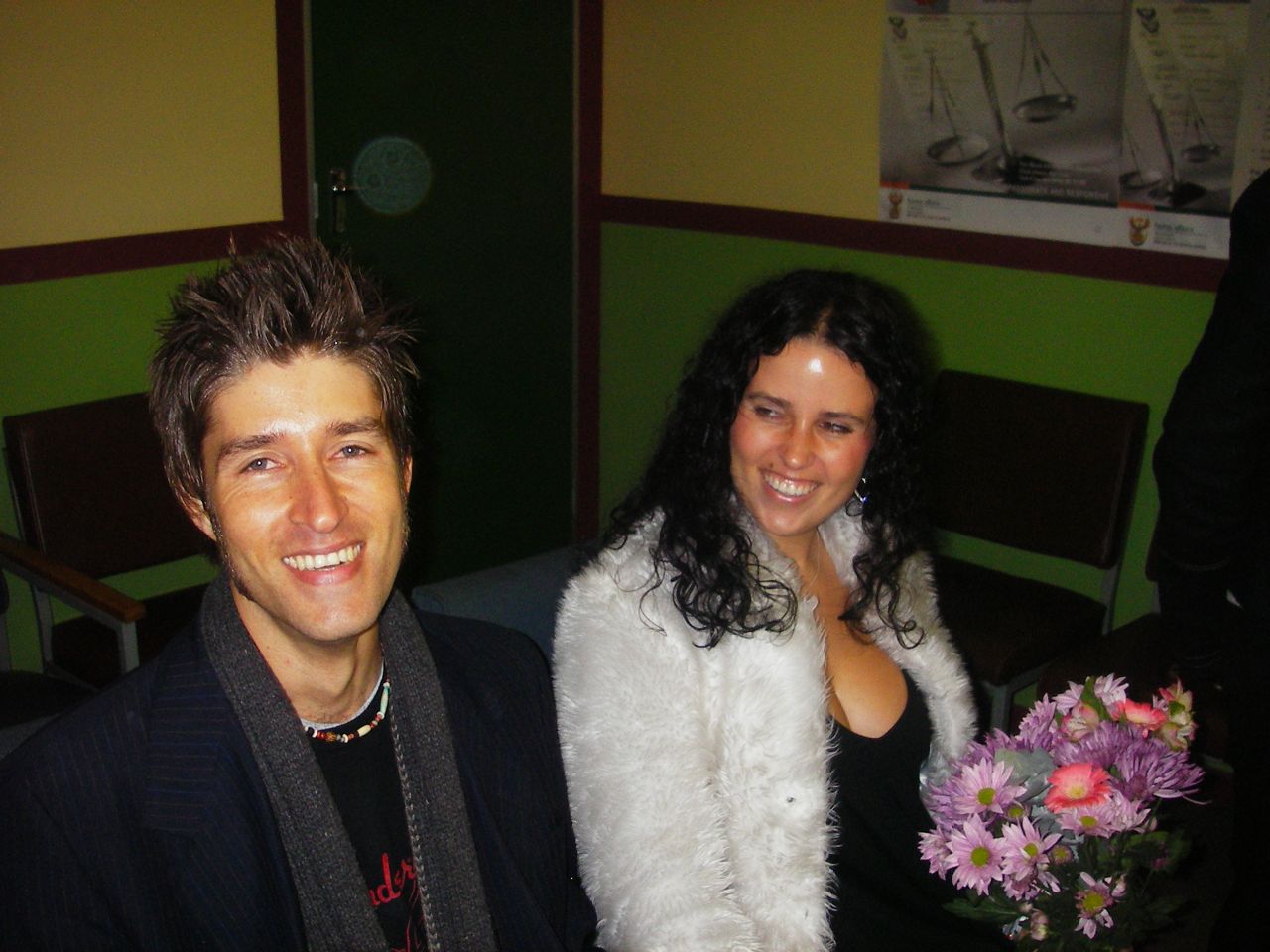 As we began, the man marrying us instructed us to look at each other and not at him as we said our vows.

Here we are taking instructions and saying our vows. 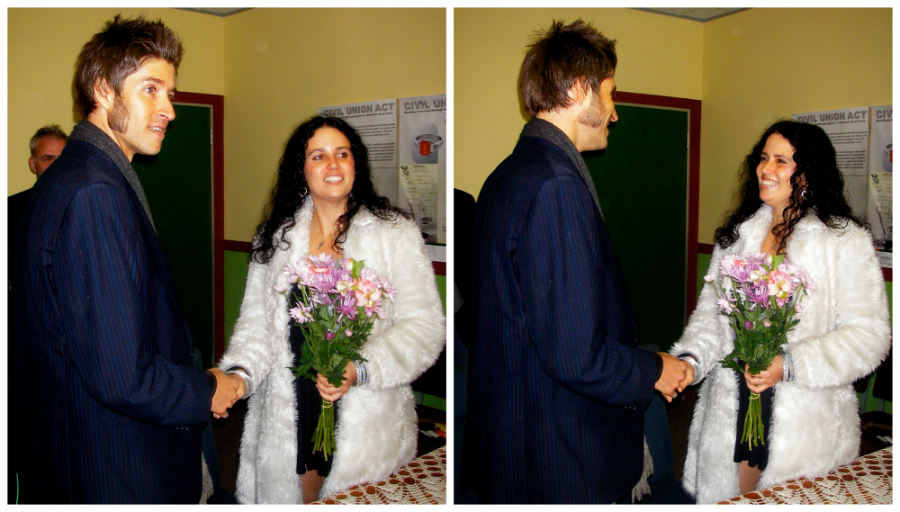 We giggled all through especially since the man kept calling Jaye ‘Mr Lentil’ instead of Mr Lentin.

Much hilarity ensued too when I couldn’t get the ring over Jaye’s rather large knuckle.

When the man asked us to say our personal vows to add to the standard ones we looked at each other in wide eyed shock. We hadn’t prepared anything and thought we were just doing standard vows! Jaye rose to the occasion brilliantly with an impromptu speech but all I managed was an ‘I love you too!’ My sisters giggled away in the background. 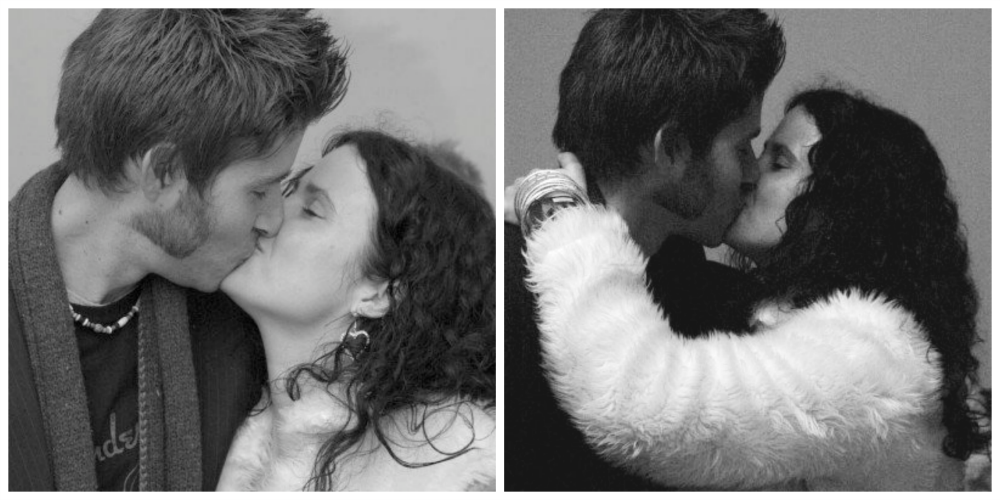 Our rings were stainless steel. We had them engraved a few days before saying:’ Nicky and Jaye forever 14 June 2007 (my first name is actually Nicky.  Alison – my second name – is more my ‘stage’ name).

The decision to go for stainless steel rings was made because we went to a jeweler and had a look at the white gold and platinum variety (I’ve never been a fan of yellow gold) and I was struck by the fact that they looked exactly the same as the stainless steel variety, I mean what is the difference, really. Yet they cost the frikken earth.

I have never been a jewelry person, I mean I LOVE costume jewelry, but I’ve never been even vaguely attracted to expensive jewelry. So since it was never my thing I really didn’t see a good reason to change just because I was getting married.

Jaye has never been much of a one for expensive jewelry either, so he was happy with the choice.

We signed the wedding register and got fingerprinted and it was all official, we were married! 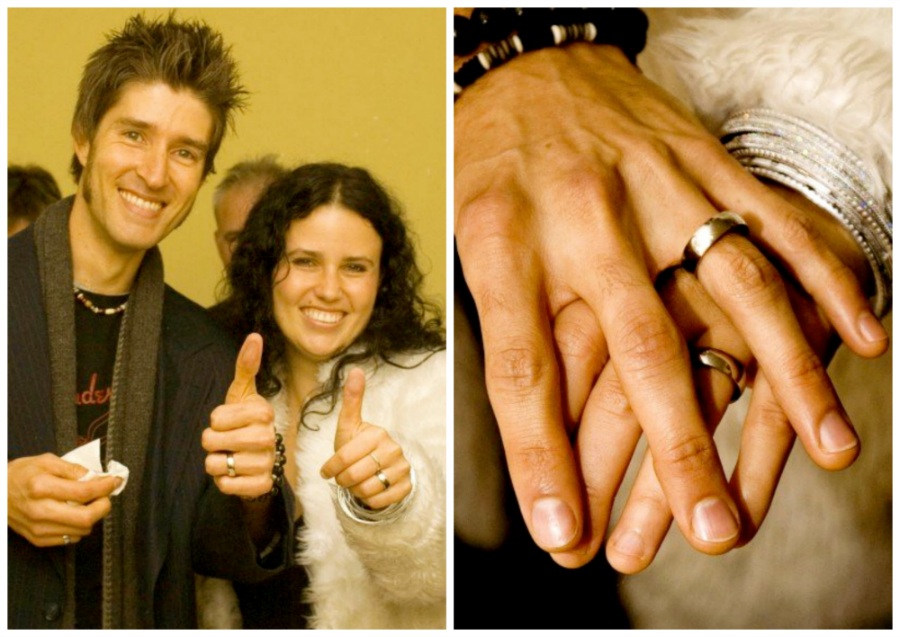 So, it was now 10am and we were married. Now what?

We decided to find somewhere to have lunch.

One small problem: we hadn’t booked anywhere and didn’t know the area well at all.

‘No worries, we’ll surely find somewhere’ we said, and set off in convoy stopping at the first place we saw.

This place just happened to have a beautiful private room with a huge fireplace with fire already burning brightly in the corner, and a lovely garden outside for photographs. The menu also had loads of delicious vegan options and the service was superb.

We did impromptu speeches and toasts and had a brilliant time. 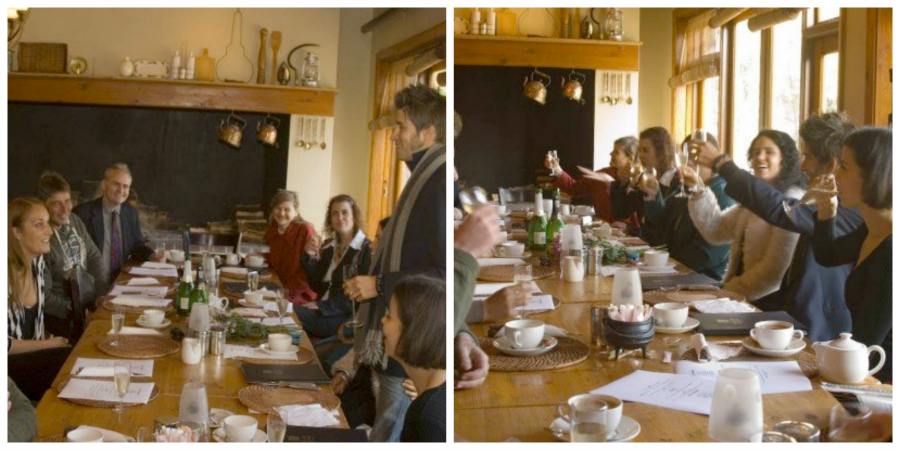 We then stepped out into the gardens for some photographs. My sister’s partner who is a photographer took the photos, and when we asked him to get in one of the pictures, he set the camera on a timer and threw himself into the careful arrangement of people, causing it all to come tumbling down. 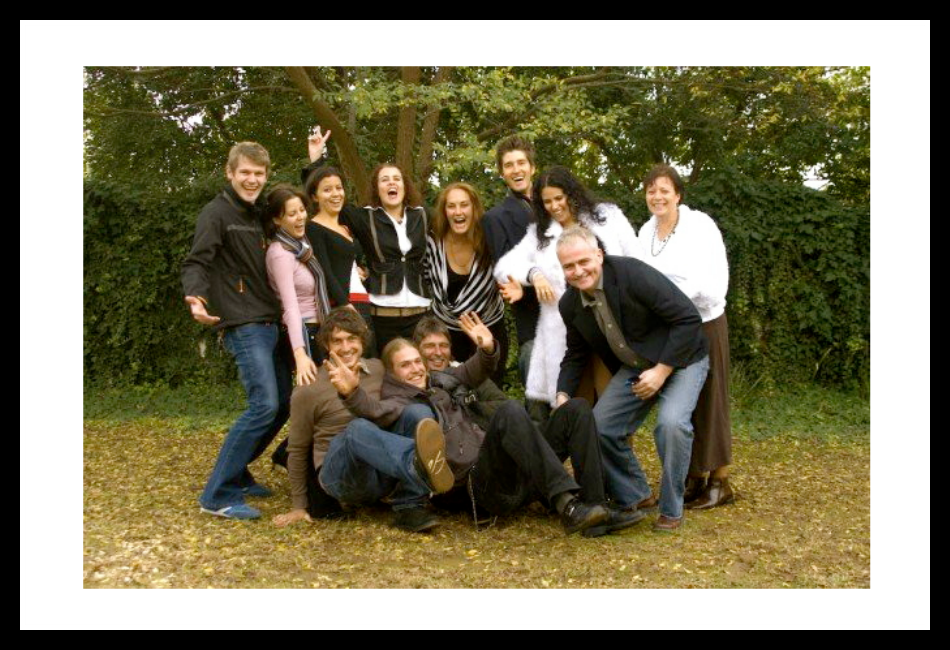 I noticed my sisters and their partners disappearing at odd times during the meal, but they weren’t gone for long and I didn’t think anything of it.

As we walked down the stairs of the restaurant, everyone blew bubbles at us from tiny champagne bottles (my sisters had brought the bubbles along) and as we reached the bottom of the stairs we saw the car.

And suddenly I knew what the disappearances from the table were all about.

It was decorated with ‘Just Married’ and hearts and kisses in lipstick all over the body, along with streamers and cans tied to the bumper. 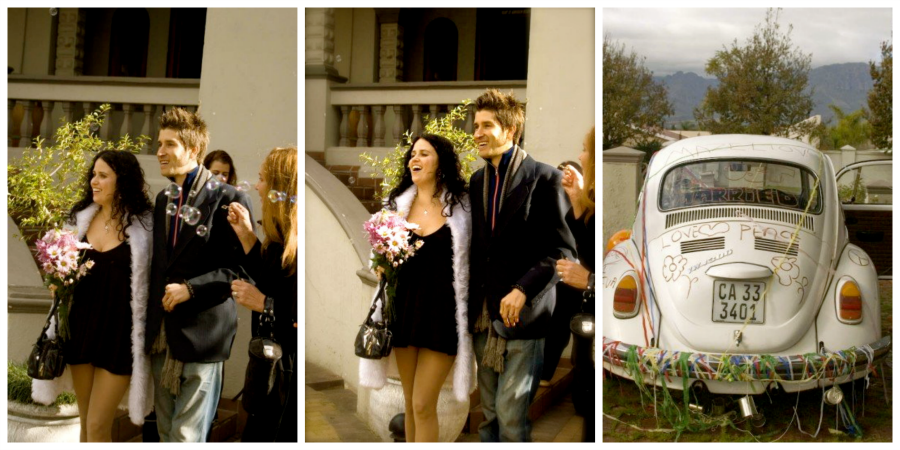 I threw the bouquet, and with only two unmarried sisters available to catch it and no garter, we decided to include the unmarried men too.

Below: Gerald has a laugh with his bouquet (he married my sister last year!) 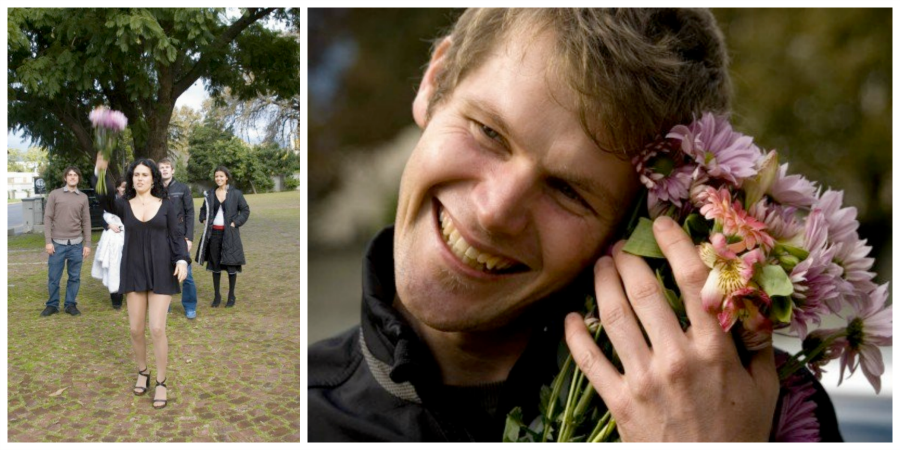 After a couple more photos with the decorated car, we hopped in and took off for an overnight stay in a gorgeous Camps Bay hotel.

The next day I graduated and two days later we left for Taiwan and then Thailand where we had an amazing honeymoon.

Our wedding day is now one of our favorite memories. It could not have been more perfect or romantic. It was a dream wedding.

It felt and looked as if it had all been planned that way, yet it was totally spontaneous and absolutely no prior planning went into it besides booking the date with the home affairs office.

We had no sleepless nights, zero stress whatsoever and it cost us next to nothing.

And, to top it all off, we had the most magical wedding day. So utterly perfect (I missed my brother of course, and Jaye missed his younger brother and sister who didn’t come, but they were all there in spirit, and as far as I’m concerned the only people who have to be at your wedding is you and the person you’re marrying) that we realized immediately that we would never have to do it the conventional way in order to ‘measure up.’

A conventional wedding could never have matched up to our magical minimalist wedding.

We might get married again, just for the pure enjoyment of it, but I seriously doubt we would ever do it the ‘usual’ way. I wouldn’t mind renewing my vows on an island beach somewhere, maybe in a white bikini 🙂 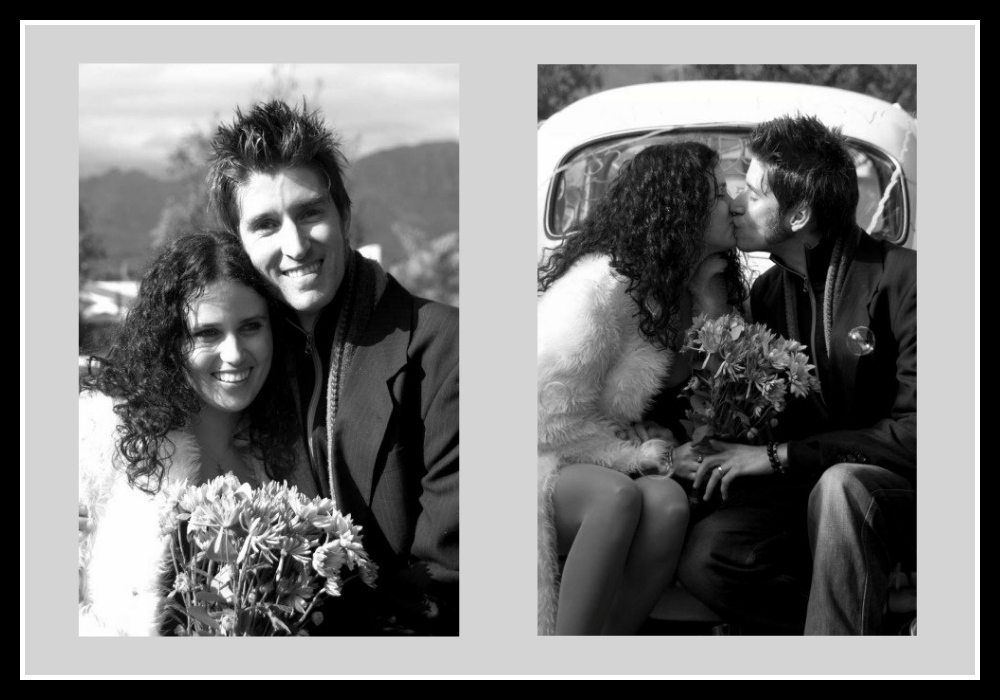 So if a big white wedding sounds to you like a lot of work, and if you’re one of those people (like me) who did NOT grow up dreaming of their beautiful white wedding, then consider breaking with convention and having a minimalist wedding instead, and rather spend the money on something that really does mean something to you.

This is your life and your wedding day. Make sure you get what you want.

So many people allow their weddings to be all about everyone else, and bend over backwards to throw a great party that they’re then too overwhelmed to even properly enjoy.

If a minimalist wedding appeals to you, then go for it.

It was one of the best decisions we have ever made. 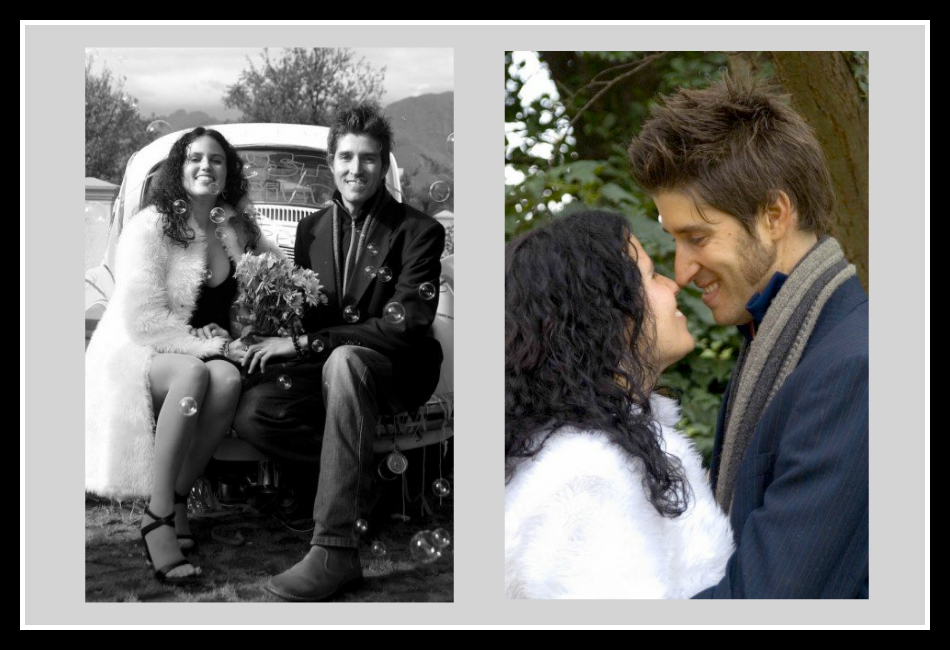 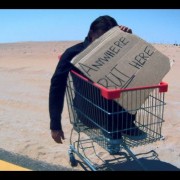 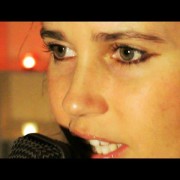 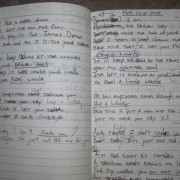 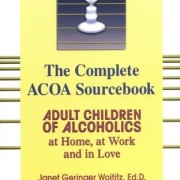 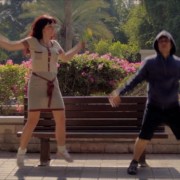 Emily’s In Trouble – Behind The Scenes 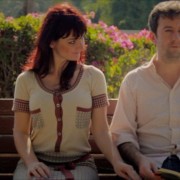